The performance at ART COLOGNE was an experiment in which the narrator's voice and body were separated.
The disembodied voice – a pre-recorded audio cassette and a loudspeaker – guides a young performer (the body). The performer follows the instructions, which he has not heard before. He shows the audience photographs relating to the narrator's story, and slowly leads the crowd out of the exhibition hall and into the open outside space, where he reunites with the voice with it's owner. 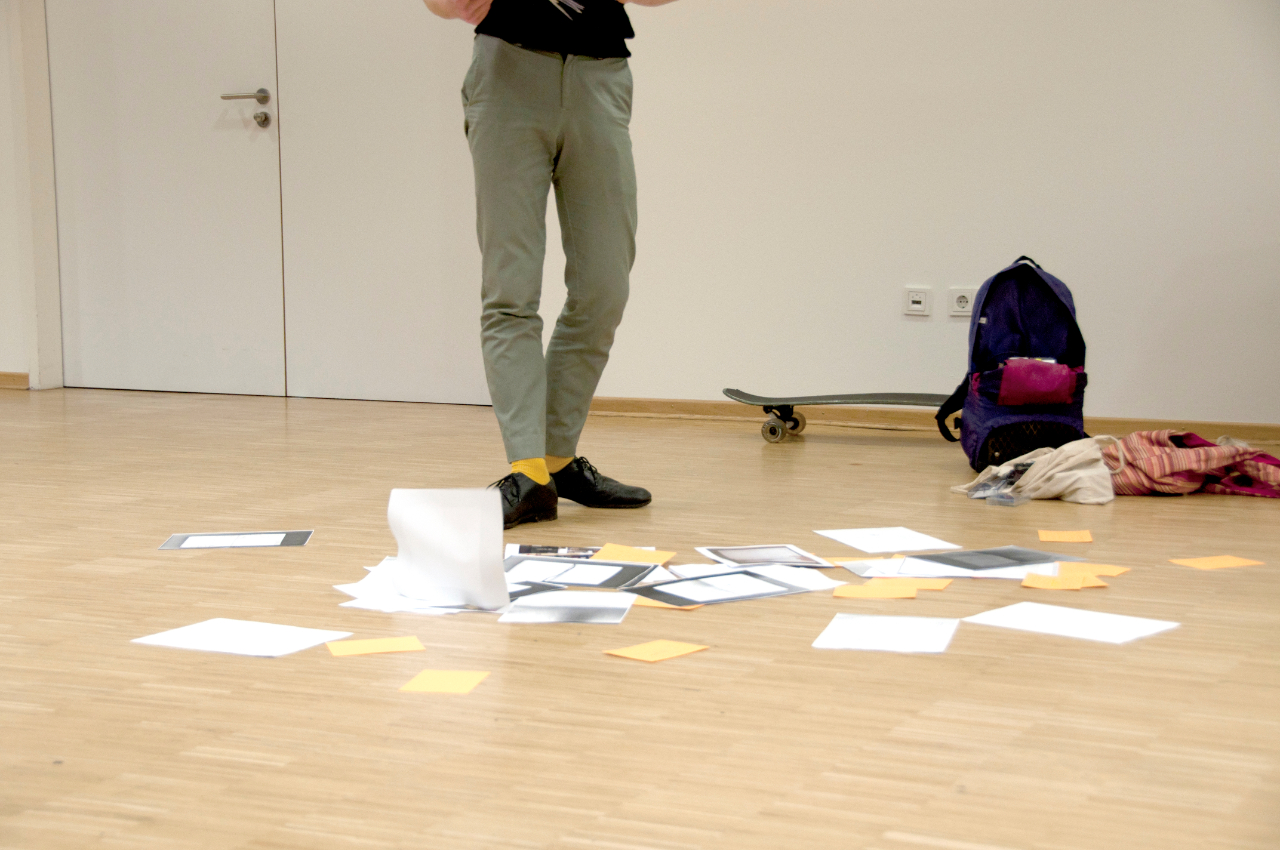 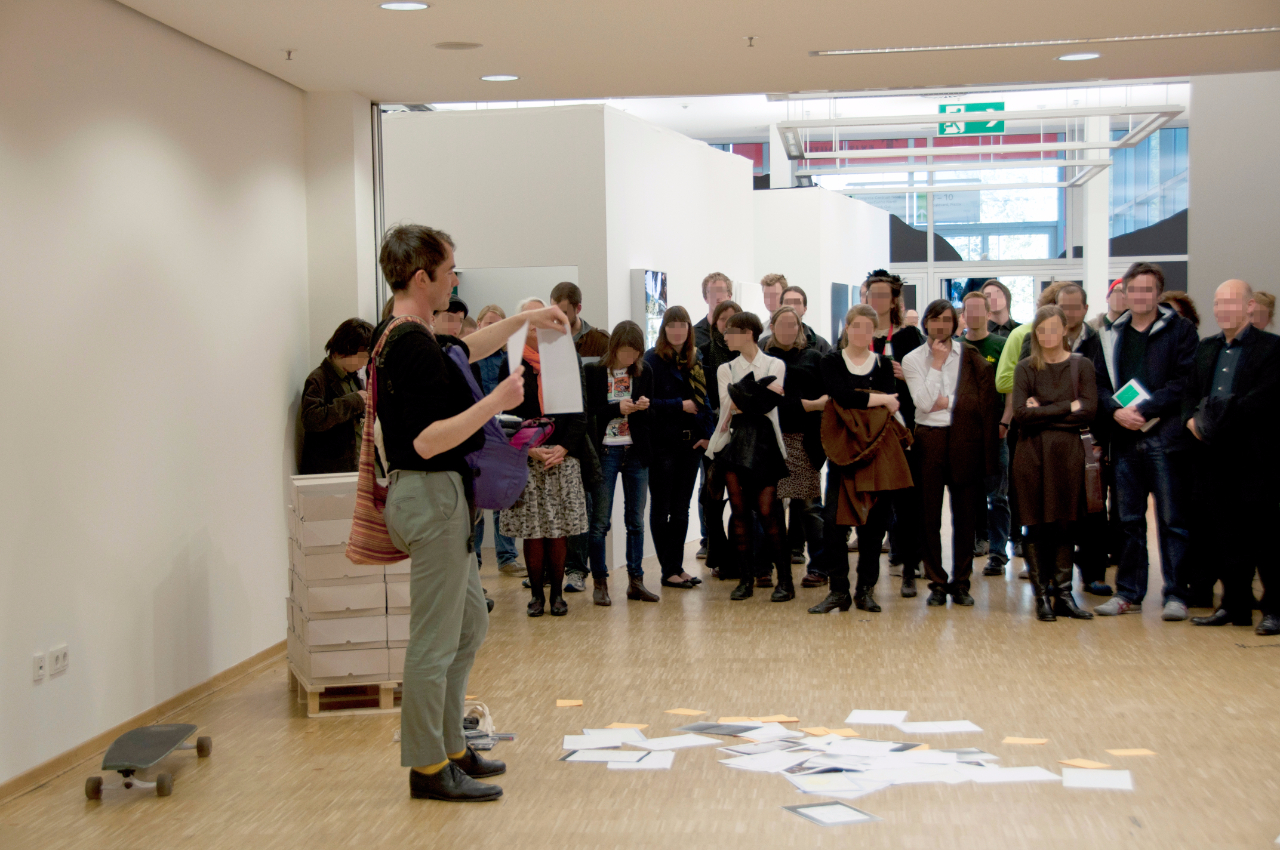 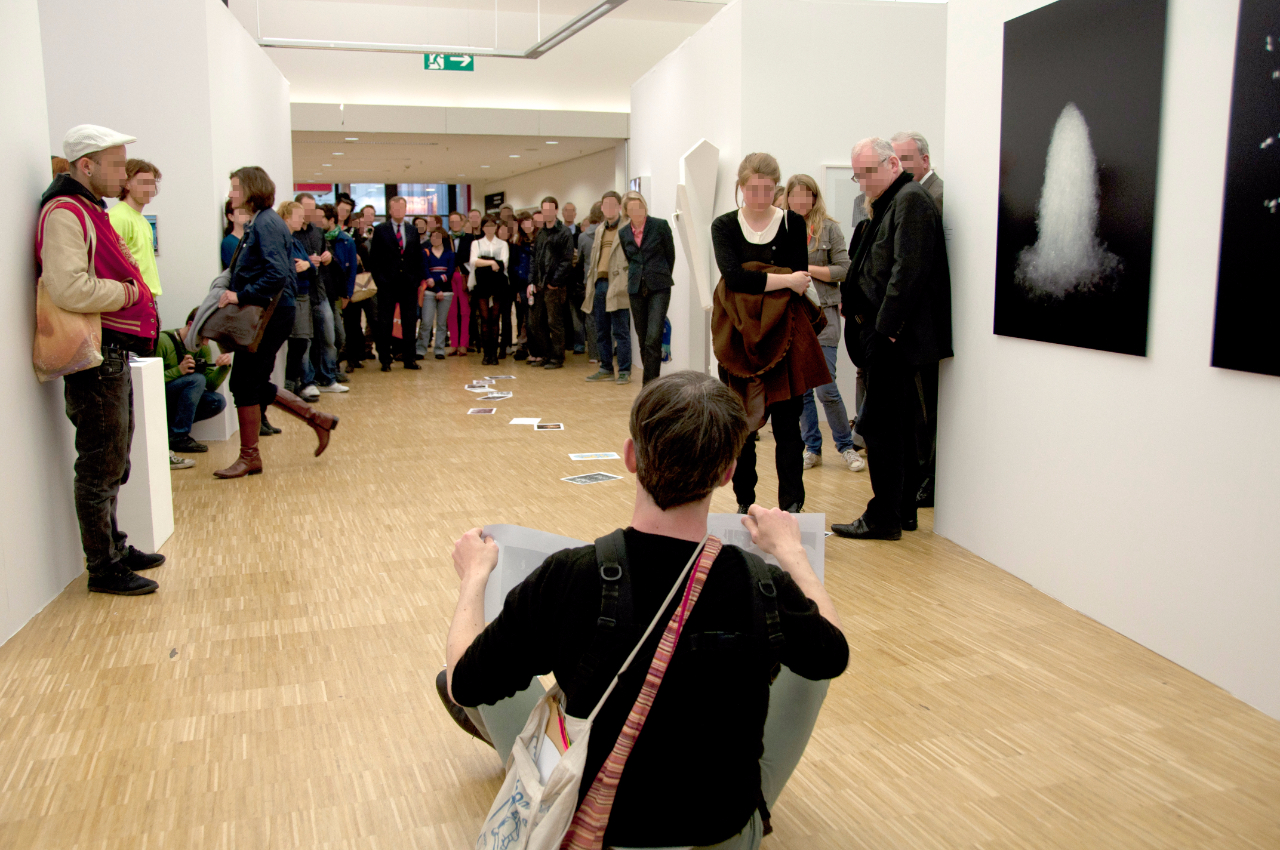