The studio grant at the "Cité des Arts" in Paris was my first grant. I started my time in Paris with a little experiment. I explored the city in circles, from the interior of the studio to the outskirts of the Banlieues, spoke to people and took photos, filmed and collected.

At that time, France was publicly debating national identity. Identification and social milieu began to interest me. I befriended a homeless man who slept in front of the Cité. He came from Germany and had served in the Foreign Legion. The conversations with him, the way he explained himself and the world, and my reactions, became the focus of my installation. 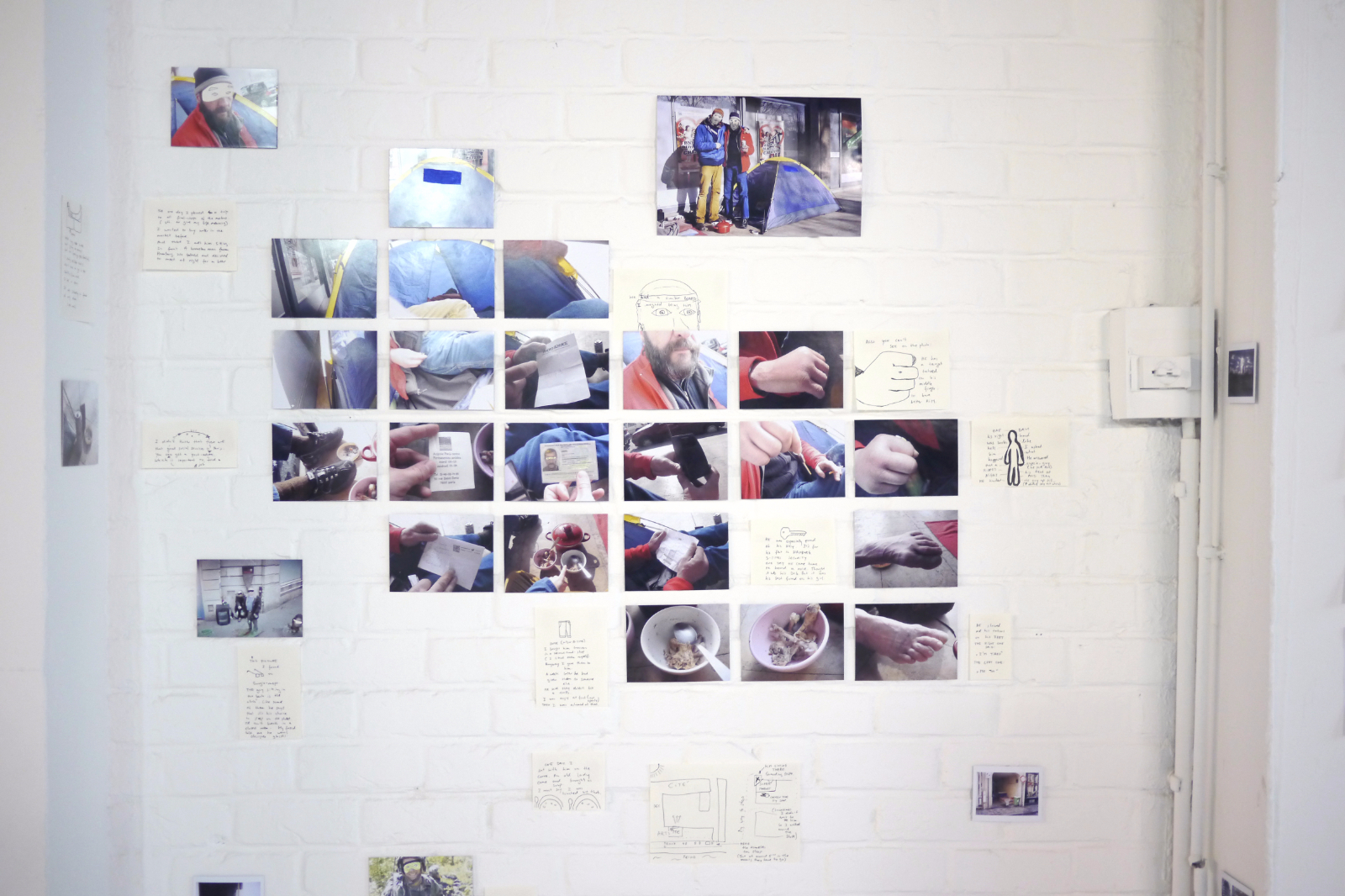 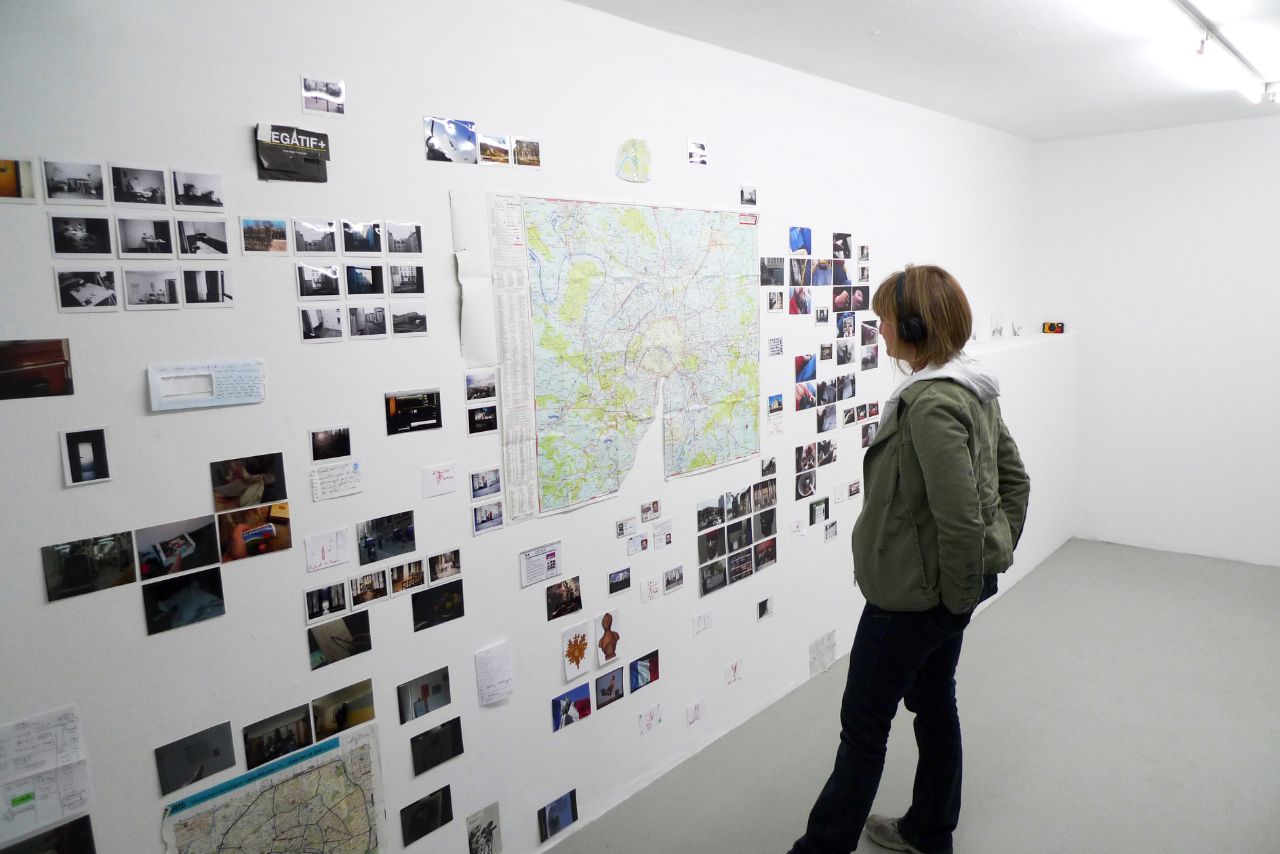 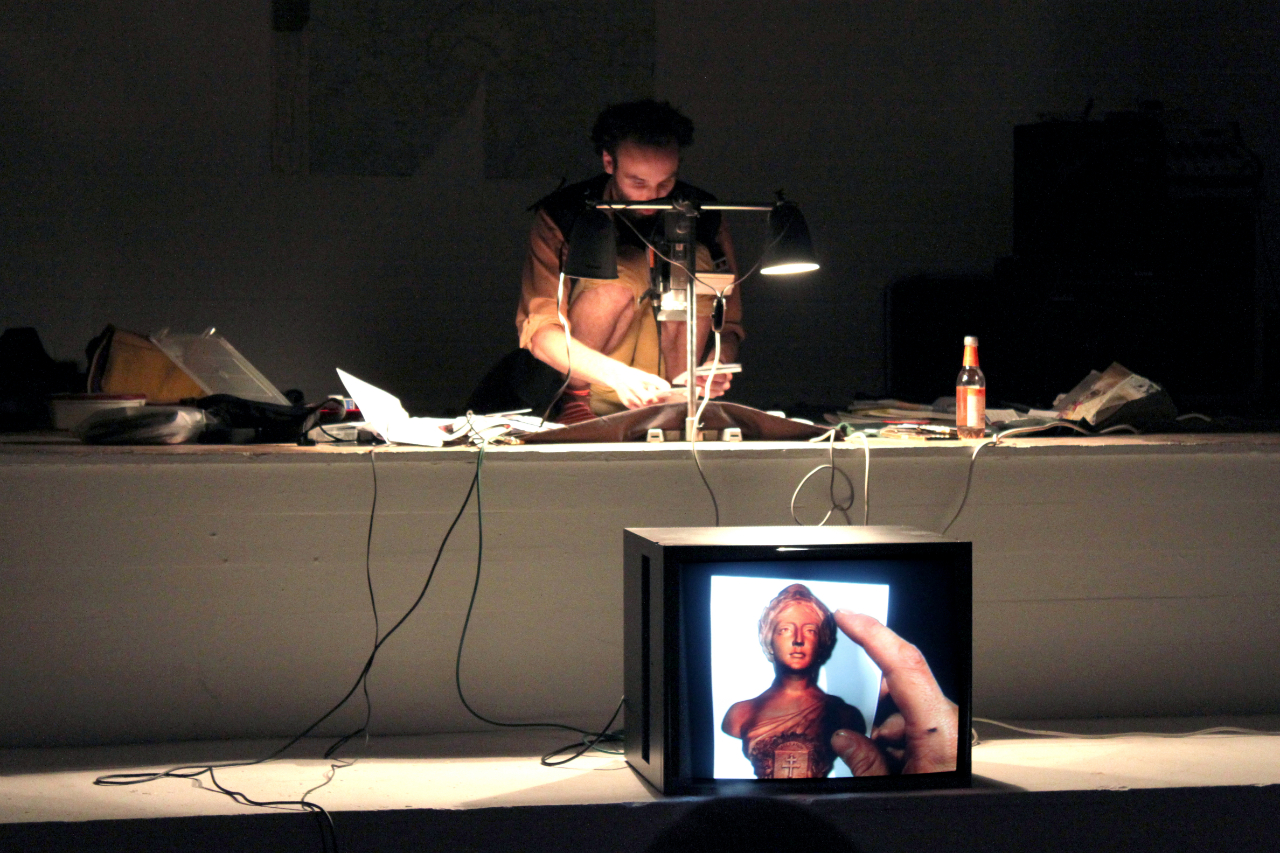