At the End you Think about a Beginning

"At the End you Think about a Beginning" is a series of three performances. I had the feeling that I kept repeating myself thematically and formally in my videos and performances. Unable to see a way out, I made repetition my topic, accompanied by thoughts about my place in the art world.

I performed the first part live, with a camera mounted over the table and monitors for the audience. Since I wanted to become invisible and break away from the link between artist and person, I used a representative projection of myself for the second part. I myself was sitting in the audience. For the third and final part, I worked with another artist who took on my role and delivered the performance. 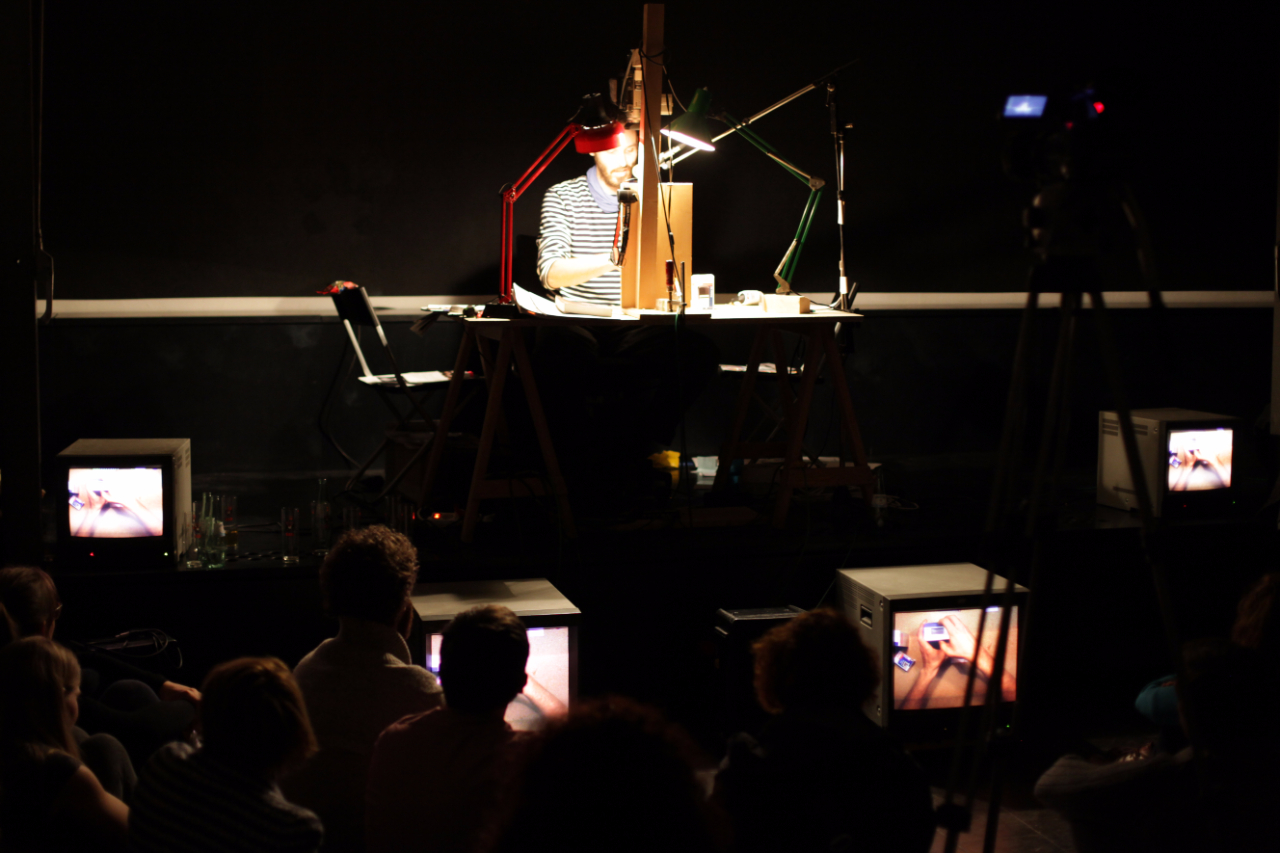 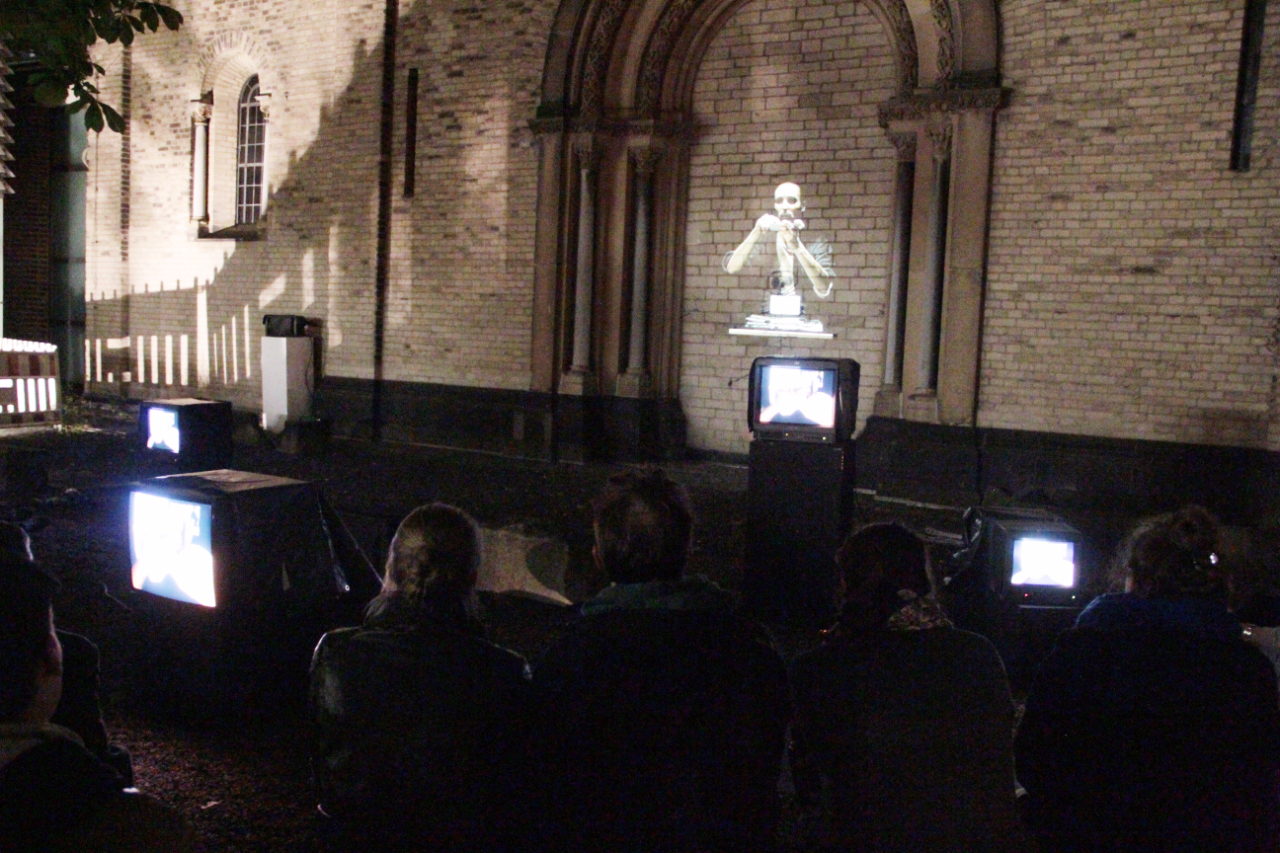 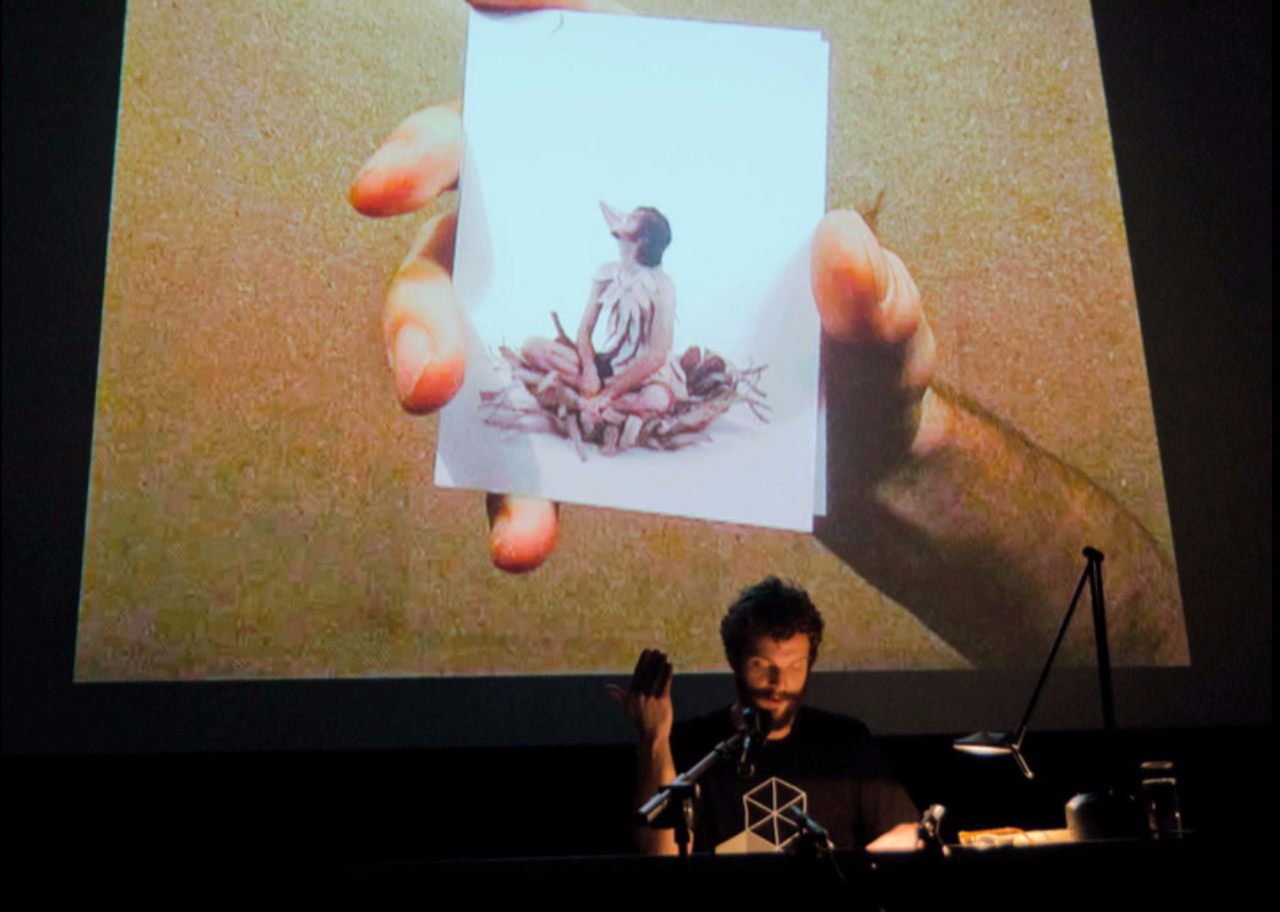